In the 1960s, a Canadian company, Canadair, developed an aircraft that could hover like a helicopter, or fly like a conventional aircraft with short take-off and landing (STOL) capability. Although the aircraft never went into commercial production, Canadair pushed the envelope in vertical and short take-off and landing (V/STOL) technology when the company designed the CL-84 Dynavert.

Aircraft that could transition from vertical to high-speed level flight first appeared in the 1950s, employing various aerodynamic principles, but the tilt-wing CL-84 was the most advanced of the so-called convertiplanes. Its innovative engineering was reflected in the flight control system. This system allowed the pilot to use the stick and rudder pedals in the conventional manner to manoeuvre the aircraft, without having to learn a whole new flying technique, whether flying horizontally with the wings locked down, or vertically with the wings rotated up, or in-between (transitional flight mode). A unique control mixing box linked the ailerons, elevators, rudder and angle of the propeller blades, coordinating their movements and relationship to each other (control sharing), depending on the position of the wing.

This flight control system, though possibly a designer's nightmare, simplified things for the pilot. A control mixing box was designed so that the pilot could fly the CL-84 like a conventional aircraft, without having to worry about the wing's position. The mixing box did the thinking for the pilot.

Karlis Irbitis, a mechanical genius, used cardboard and plastic to design the conceptual models upon which he based the design of the cams and levers for the control mixing box. The mixing box made the tilt-wing approach to V/STOL flight possible by using the Switch-Tilt-Trade-Share concept, also called control mixing and sharing. Let’s try to explain this great technological advancement : 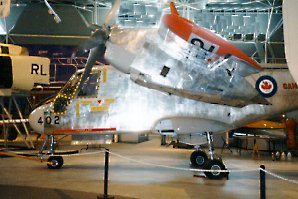 Construction of the original prototype began in 1963 and was completed a year later. Hovering flight (1965) and flight in transitional mode (1966) were tested before the prototype was lost in a flying accident. The government ordered three updated CL-84s for military evaluation in 1968, designated the CL-84-1. They were fitted with mini-gun pods near the fuselage. From 1972 to 1974, this version was demonstrated and evaluated in the United States aboard the aircraft carriers USS Guam and USS Guadalcanal, and at various other centres. These trials involved military pilots from the United States, the United Kingdom and Canada. Unfortunately, the first CL-84-1 was lost in a training accident during the trials, when a propeller gearbox failed, but the pilots ejected safely. 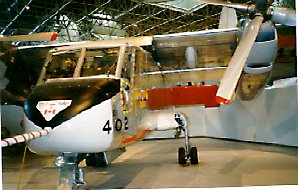 Despite the aircraft being at the leading edge of technological innovation, there was little interest in the expensive development of V/STOL technology, particularly when helicopters could fulfil the VTOL role. The CL-84 never went into quantity production, and the program died for lack of military customers. The CL-84 in the pictures is on display at the National Aviation Museum of Canada, in Ottawa,. It was the second of the three CL-84-1s produced, and made 196 flights totalling 169 flying hours. It was donated to the Museum by Canadair in 1984.